By Rachel Holdsworth on January 8, 2016 in Bioscience, Cambridge, Cleantech, News

New models and strategies for biobusiness presented by women leaders 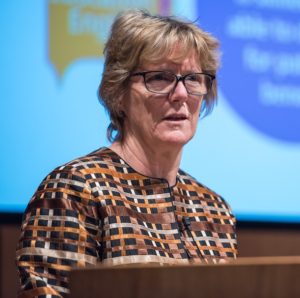 “I like a stretching target,” Professor Dame Sally Davies, Chief Medical Officer for England, told delegates at the BioBeat15 conference in Cambridge. She explained how when the idea of sequencing the genomes of 100,000 people was first discussed she seized the challenge and set up Genomics England as an ‘entrepreneurial’ company in order to deliver the project.

Prof Davies says that it was fitting the conference, which examined new strategies needed to translate genomics into biobusiness, was being held on the Wellcome Genome Campus, explaining that work here on decoding the genome has made the UK a leading nation in this science and Cambridge home to world leading genomics companies.

Genomics is a fast-moving field that is driving radical changes in healthcare and business. Clinicians are starting to classify diseases based on genetic causes rather than symptoms, signalling a major shift towards personalised medicine and greater precision in patient treatment. 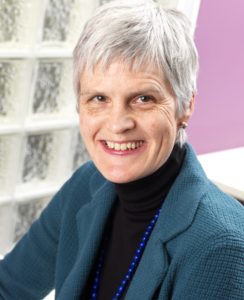 Miranda Weston-Smith, founder of BioBeat, comments that: “Traditionally, drug development has been driven by potential market size, with drug regulation, clinical trials and reimbursement designed around this assumption. Genomics is disrupting this model moving us into an era of niche medicines. Now more than ever, we need to be more visionary in the ways in which we translate genomic science into patient care, more inter-disciplinary, and more collaborative.”

This new world needs new thinking and the conference was unusual as the majority of the speakers, successful entrepreneurs and leaders in genomics, were women. The speakers described how they had pushed back boundaries in leading-edge science, business models and funding strategies to seize the opportunities that emerging knowledge of genomics was offering.

Speakers included: Dr Helen Lee, internationally renowned for her work in monoclonal blood typing reagents, now heading up a University of Cambridge spinout to bring low-cost diagnostics for the developing world; Dr Isphita Mandal, Head of Business Development at Bactevo, who explained how they were finding potential new sources of drugs in soil; Dr Julia Fan Li, now Senior Vice President of Seven Bridges Genomics, who launched a $108 million Global Health Investment Fund after being told that no one would invest in treatments for infections.

A common thread to the inspirational stories was that their ideas were treated with first ridicule and opposition, before an acceptance that the benefits were self-evident.

Unfortunately, the UK pharma industry still appears resistant to the new ideas presented by women. Research by the UK BioIndustry Association (BIA) suggests that almost half of its UK biotech member companies have no female representation on their boards and over the last 5 years there have been few women appointed as CEOs for established companies.

One reason for this lack of senior women suggested by Vivienne Parry, Head of Engagement for Genomics England, was that too many inspirational women suffer from ‘impostor syndrome’. 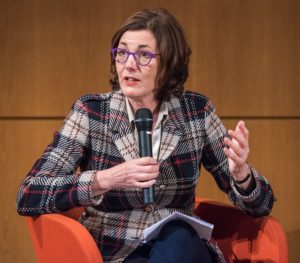 She says: “I was asked recently to present degrees at a university and was struck by how many of these brilliant women scuttled across the stage to collect their first class degrees as if any moment someone was going to tell them they don’t deserve them, and this feeling can persist through their lives.”

Biobeat has set out to bring influential women to the forefront. Its recent report 50 Movers and Shakers in BioBusiness 2015, which identifies women that are challenging the status quo, found that almost half the women listed had set up their own businesses in order to progress their work.

Miranda comments: “Many leading thinkers in bio-innovation are women, and we hope that bringing them together at this event will inspire everyone and bring fresh energy to these important topics. We need greater diversity in our thinking if we are to remodel healthcare, and a good mix of different voices and ideas.”

Professor Dame Janet Thornton, Director Emeritus of the European Bioinformatics Institute (EMBL-EBI), also located on the Genome Campus, agrees, commenting that genomics will touch every part of our lives not just in health and medicine but also in agriculture. “We have heard from people who are making it happen, with enthusiasm, dedication and also tenacity when things go wrong, who are prepared to learn from failure pick themselves up and carry on. I thank Miranda for bringing together such an inspirational panel of speakers.”

The one-day conference was organised by BioBeat, EMBL-EBI and the Wellcome Trust Sanger Institute, it was open to all and brought together stakeholders in genomics, pharma, biotech and beyond to share ideas and meet like-minded individuals.

Miranda Weston-Smith founded BioBeat in 2012 to bring fresh energy and growth to the life-science sector.

As global biobusiness undergoes rapid transformation, it needs new inspiration and equal contributions from successful women and men entrepreneurs and leaders. Innovation in this area depends on blending many different approaches and strategies for success in building companies, working in teams, communicating, raising funds and adapting attitudes to risk. This opens up more opportunities to develop business models that effectively engage talent in broad, inclusive and dynamic ways.

BioBeat partners include the University of Cambridge Judge Business School’s Centre for Entrepreneurial Learning and the Innovation Forum.

After Google Analytics, the next most important tool for your... END_OF_DOCUMENT_TOKEN_TO_BE_REPLACED

How do people reach my website is one of the... END_OF_DOCUMENT_TOKEN_TO_BE_REPLACED

Even the most innovative technology needs support to keep it... END_OF_DOCUMENT_TOKEN_TO_BE_REPLACED