‘The FSA investigates food fraud – will there be an equivalent for fraud in carbon goods?’ asked the Food Tsar Henry Dimbleby at Groundswell 2022. 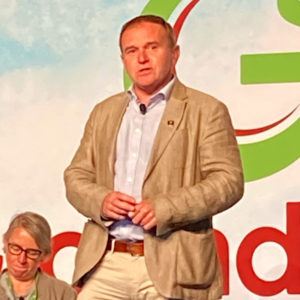 Speaking at the event, Defra Secretary of State George Eustice warned that farmers need to be careful before committing to carbon payment schemes. He advised that it was an embryonic market and farmers would be wise to seek legal advice before jumping on to a scheme, particularly around the exit strategy in case there was a need to renegotiate.

He was speaking in response to questions from the floor about how the market in carbon will be regulated and if indeed it will provide an additional income stream for farmers.

The Secretary of State agreed that it needed regulation and went on to explain that the Treasury was currently developing a ‘Green Taxonomy’, led by Richard Benyon, to create a common framework for investments that can be defined as environmentally sustainable and clarify what impact interventions have.

The minister stressed government support for a move towards more regenerative agriculture and announced that farmers would be able to apply for the Sustainable Farming Incentive from 30th June and that it would be a rolling programme, with no deadlines for entering or submitting paperwork. First payments would come three months after enrolment followed by quarterly payments.

Farmer Ian Davis, who is an advocate of regenerative farming, talked from experience when he said the transition to regenerative farming is risky for businesses, explaining that a period is needed where a drop in output allows nature recovery. He said he was struggling to see how this transition was being supported: “Regenerative farming is not prescriptive; you can follow the instructions to the letter without delivering the benefits,” he warned. “It’s more about the mindset, not just the practices – the ‘why’ not the ‘how’.”

Ian would like to see support for peer-to-peer learning, with those with muddy boots who have practiced regenerative farming providing the advice, and greater financial support during the transitional period to replace loss of income.

Land use management core to strategy

George Eustice was challenged on the decision to drop consumer-facing elements of the National Food Strategy proposed by Henry Dimbleby, such as reducing meat and dairy consumption by 30% and the sugar tax. The plan had taken a systems approach identifying key issues at the heart of food system, but this also meant it cut across many government departments, including health, with the buck stopping at the Treasury.

It was clear from the discussion that the Defra response was restricted to the elements of the Food Plan where it had autonomy, focussing on the transition to a more regenerative approach to farming and investment in technologies to mitigate environmental impacts.

Core to the government strategy is land use management. The SoS gave the statistics that the majority of food production was on a small part of farmed land, that there were opportunities to make space for the nature both through the way the land was cultivated and by increasing hedgerows and changes to land use on marginal land.

Eustice explained that a healthy farmed ecosystem does need the inclusion of some livestock in a lowland rotation for soil health and well managed pasture can be part of the solution.

“If the UK can make and share technological solutions with the rest of the world this can create global change.” He cited a number of projects that he had observed recently around the use of methane as a biofuel for adapted New Holland tractors; the development of feed additives that reduce the emissions; adoption of pasture-based systems for livestock rearing that reduce requirements for supplementary feed; and the opportunities for ‘off-land’ food production such as vertical farming.

“Adoption of a more regenerative approach to agriculture could be a model for the world,” he asserted. “We see the opportunity for sustainable agriculture and profitable food production.”

Concerns were raised from the floor about delays in the ‘Accelerating Adoption’ fund which is aimed specifically at farmer-led innovation.

The fund aims to provide facilitation and funding for farmers and growers to connect with each other, as well as with researchers and businesses, to trial innovative technologies, processes and practices on-farm.

The Secretary of State addressed this and confirmed that the fund had been delayed as the department focussed on the Sustainable Farming Incentive (SFI), which opens for farmer enrolment on June 30th 2022.

Food pricing ‘elephant in the room’ 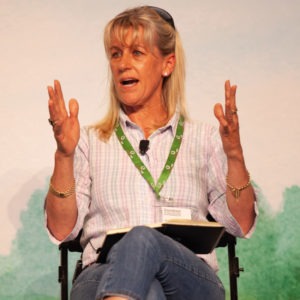 Minette Batters, the NFU president, had promised at the outset to be on her best behaviour. She stressed the benefit of working with an agricultural minister that understood farming.

She commented that what was needed was a new economic model for farming – focussed not just on carbon but also reward for clean water and biodiversity – but that food pricing is the ‘elephant in the room’ that nobody is allowed to talk about.

She also stressed that the food strategy needed cross-party support, as farming and the environment needs long term approach.

She urged the minister to listen to the wisdom coming from the audience at Groundswell particularly around a soil first approach, which is the ‘answer to global warming and global feeding’.

And then she called to the community to lean in – “let’s do it, let’s work together”. 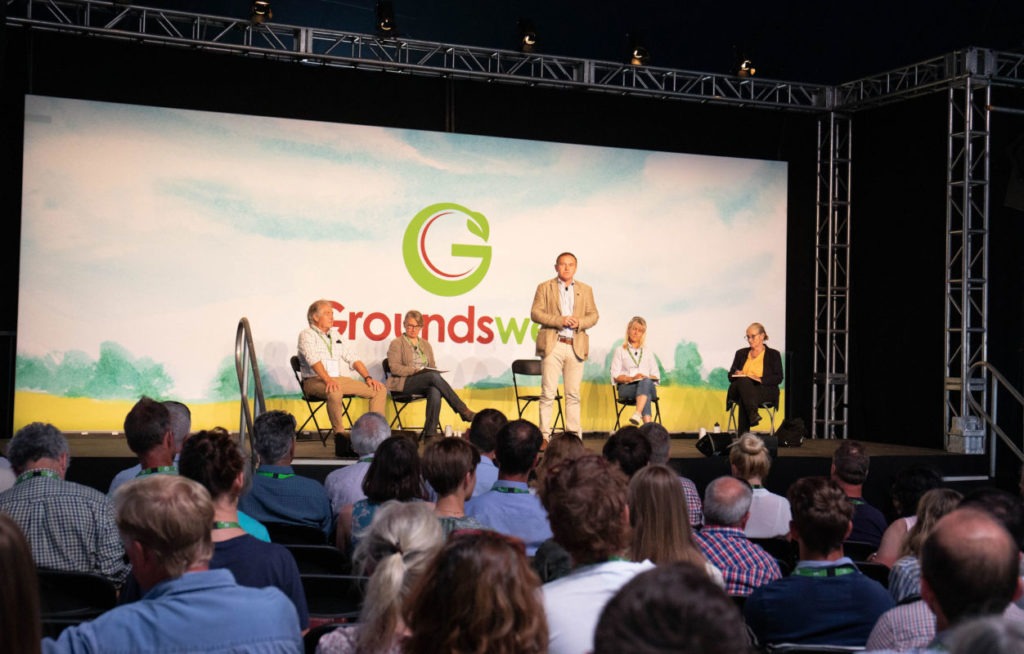 The FSA investigates food fraud – will there be an... END_OF_DOCUMENT_TOKEN_TO_BE_REPLACED

After Google Analytics, the next most important tool for your... END_OF_DOCUMENT_TOKEN_TO_BE_REPLACED

How do people reach my website is one of the... END_OF_DOCUMENT_TOKEN_TO_BE_REPLACED